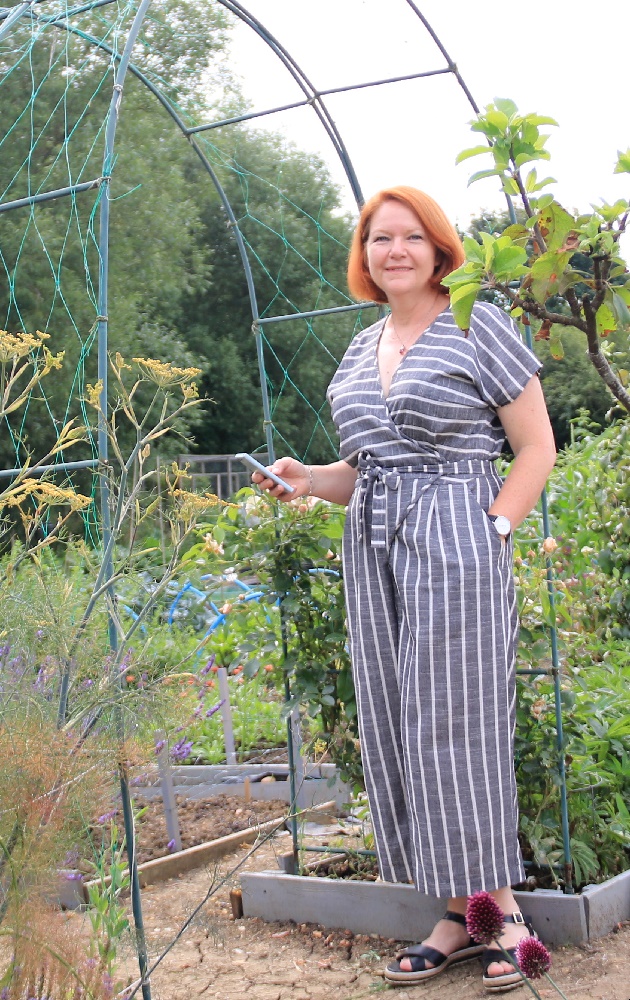 I knew I wanted another Zadie Jumpsuit, pattern by Paper Theory, the minute I finished and tried on the first one!  I’ve loved wearing my blue linen Zadie, and just needed to find the time to make another.  I chose a piece of linen that I bought in South Africa, grey with white stripes.  The stripes run perpendicular to the grainline, but as there is no movement in either direction, I figured there’d be no problems in turning that 90 degrees. I wanted the stripes to run vertical on the trousers, and horizintal on the bodice.  The stripes were pinned togetther to make sure they stayed in line with each other.

I changed the size a bit, leaving the bodice at size 16, going to the 14 on the trousers.  I found the previous pair got a little too baggy in the bum, so these will be better.  I hope!  It’s certainly as comfortable to wear as the first one, but softer and drapey.  This linen is not starchy like the blue, but has a lovely soft handle.  It’s also relatively thin – because the weave is more open.  This makes it nice and cool to wear.  That’s something I’m really looking forward to for this week when the temperatures are set to hit the 30s. 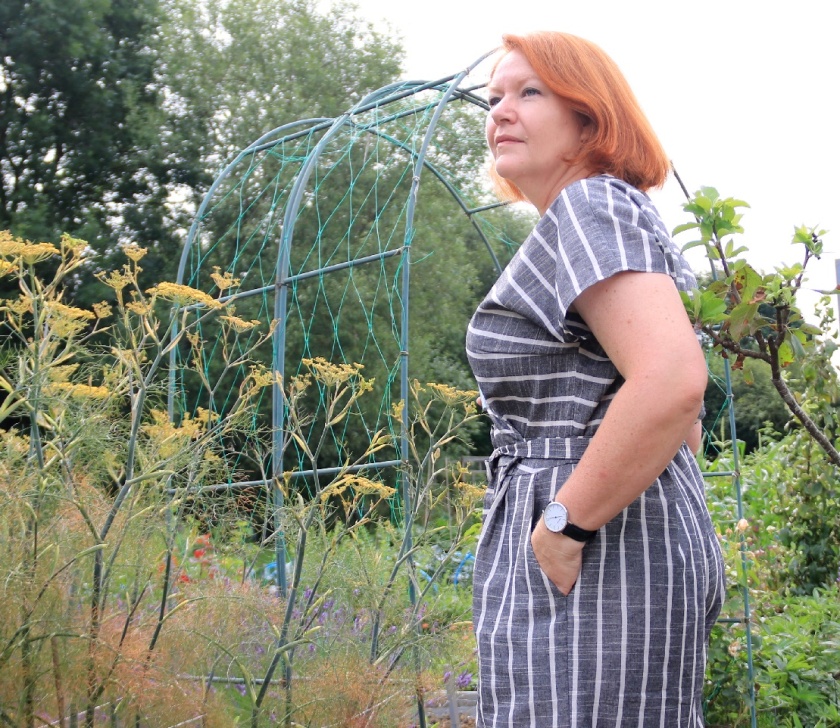 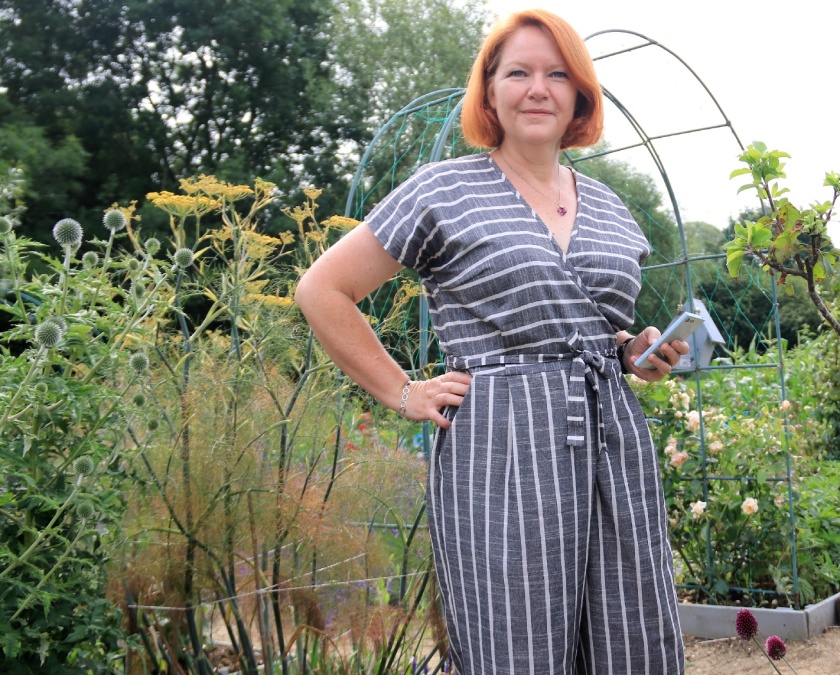 There’s not much left of that fabric now, I started with two metres and was pretty chuffed to get the pattern out of that!  I might see if I can add the left overs to some white and black linen of similar weight and made a patchwork item, I’ve been inspired by what Lauren at Elbe Textiles has been making with all her scraps.  This week I’ve made bunting for my new allotment shed with some of the more cheerful orange and blue scraps, looked out the remains of some blue and rust linen to make a nice cover for a cushion, also for the allotment shed, made beeswax wraps with different sized squares of cotton, used up some of the plain coloured linens and two patterned cotton pieces to make  –   something…

Using up my scraps! But sure what it'll be once all the pieces are sewn back together again. Shopping bags? Cushion covers? Or clothing… 🤔🙄

I know, I was originally thinking I’d make shopping totes, but when I’d patched all the pieces together they looked so nice, so I kept going and now I have something that resembles a small quilt or throw – without the back.  I don’t think it’s something I could wear, but I don’t want to chop it up and make bags now.  Sooo now I have to find a big enough piece of fabric to back it with.  Or – cut more squares out of something else in the scrap box and make a reversible throw!  Oh dear, I’ll see you guys later, if I ever resurface from that scrap box, Pinterest and all the ideas. 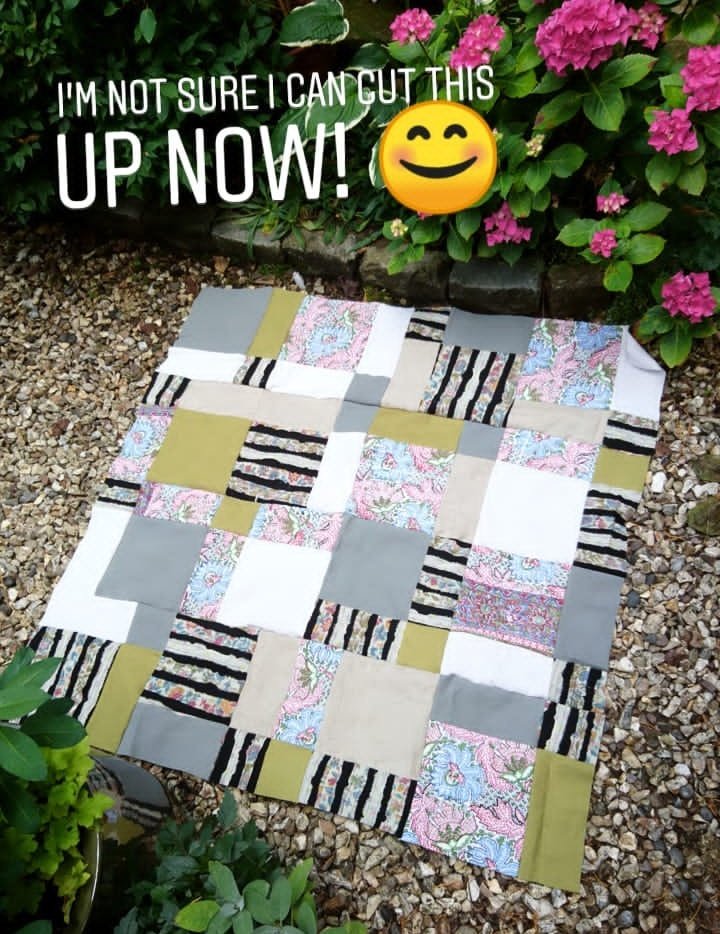