Holidays, looked forward to with such excitement, they’re always over too quickly!  I thought I’d share with you another knit top I made just before my holiday.  I decided to give the Tessuti Mandy Boat Neck Tee a try after seeing a couple of versions on Instagram.  As a free pattern I figured it couldn’t hurt.  I downloaded and printed the copy shop version not fancying taping paper together again.  I had only one concern – the one size fits all.  After my attempt to make a boxy tee with both the Japanese book, She Wears The Pants and the Hot Patterns massive tee, I was a little cautious.  But not that cautious.

I’d bought a couple of metres of a lovely viscose stripe jersey from John Lewis in Solihull earlier in the year, it’s one of those narrow stripes that gives you a strobing headache if you look at the stripes too closely for too long!  I had thought to make another Thread Theory Camas blouse with it, but the fabric was making eyes at my newly printed Mandy pattern, so I went for it!

I really like the finished result. I have only two things to alter for next time, and there will be a next time!  I need the sleeves to be a tad wider.  I checked the measurements before I cut the pattern and thought there’d be enough give in the fabric, but there wasn’t.  Then there’s the tendency for these sorts of tops to want to strangle me.  I have two similar items I bought from H&M before Christmas that aren’t as bad because their necklines are rounder, but they do still slip backwards & I frequently have to tug them forward again.  So I need to recut the front neckline a little lower/rounder.

I think next time I’ll use a contrasting fabric for the sleeves, I like the look of it on the model on the front of the pattern.  There is enough of this stripe for another top, and I could use the navy viscose jersey from the Camas Blouse I made earlier in the year.  If I want another top that strobes like this! 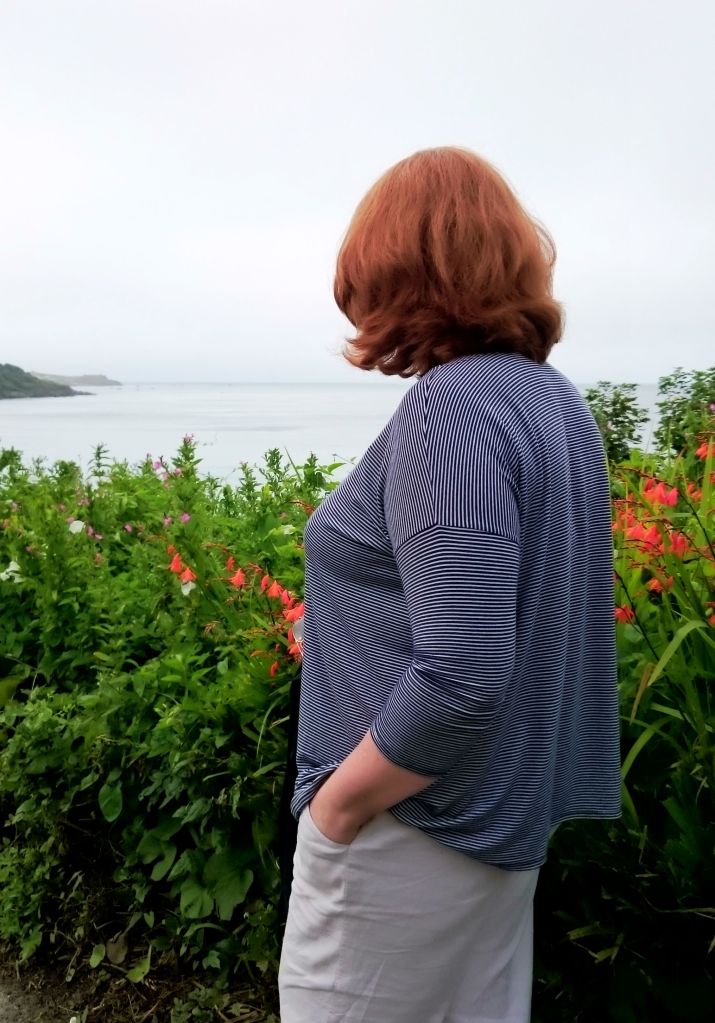 I’ve worn it quite a lot now, the colours fit into my summer wardrobe perfectly and I rather like wearing it with the trouser form the previous post, the narrower upper leg looks less chunky than the trousers I’m wearing in these photos.  We had a late afternoon walk on the beach at Carbis Bay after wandering around St Ives, finishing with sundowners (except there was no sun) in the Beach Bar.  They served a killer gin & tonic, just wish I could remember what it was!! 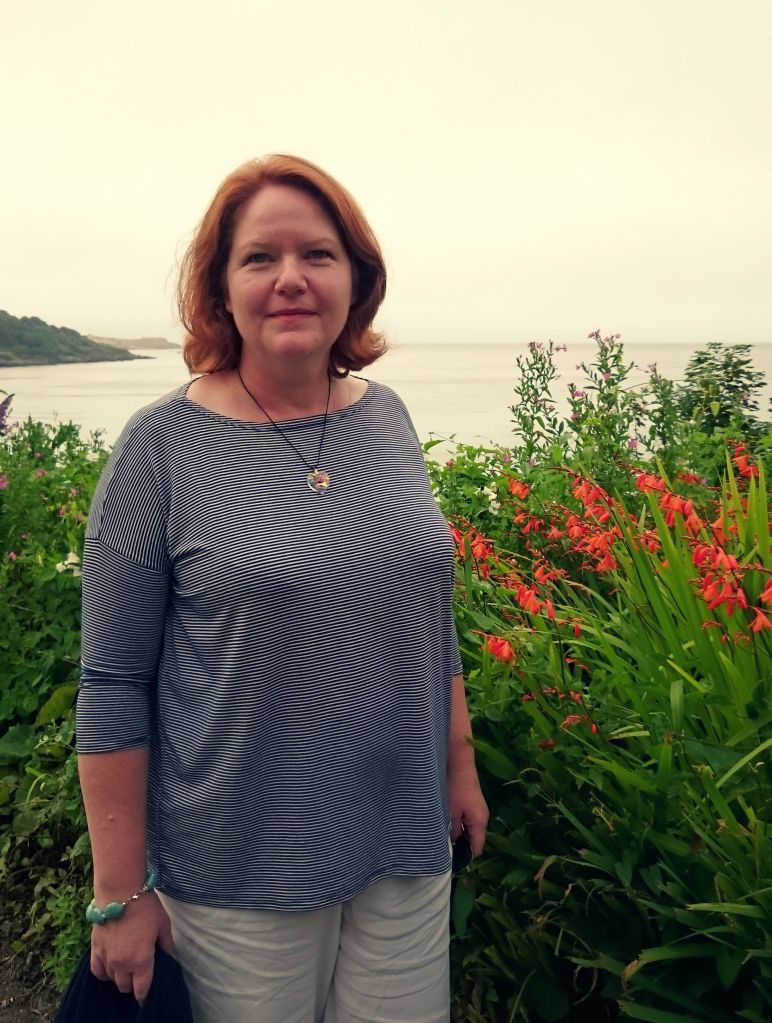 I still need to show you guys the prom dress, I did take some photos on the night with my phone, but Daughter No 2 was rather nervous with her date around and didn’t want to pose for me!  Since coming aback from holiday we’ve done a lot of clearing and cleaning out.  When you’re in a holiday let that’s all clean and clutter free and lovely, and you come home to a much more full house with much more “stuff”, it’s really tempting to chuck it all out!  Of course, we don’t live in a holiday flat, and I certainly don’t sew there!!  🙂

I really do need a dedicated, close the door and leave it all out space in which to sew.  One day.