I have new jeans!! To be fair, I’ve had them for a few weeks now, and they’ve been worn quite a few times.  I suppose that’s a good sign in the scheme of things, I’ve worn them and not managed to get photos because I’ve been too busy wearing them!  I used the pattern for the Utility Trousers from the Ottobre magazine again, figuring that I liked the first pair of trousers made with that pattern, so why not make another?  There are a few changes this time around, all beacause the denim has stretch and the cotton/linen blend used last time did not.

I can’t remember where I got the denim from, it’s been languishing in the stash for a while, and has had a little tab pinned to it saying ” Jeans – Me!” for at least two years.  So I’m glad it’s out of the stash and has made itself useful – finally.  The colour is delicious, a nice dark indigo that made my fingers and sewing machine nice and blue while working with it, not to mention making my legs even more pale blue while wearing than needed!  It has approximately 2% stretch and is very comfy to wear. 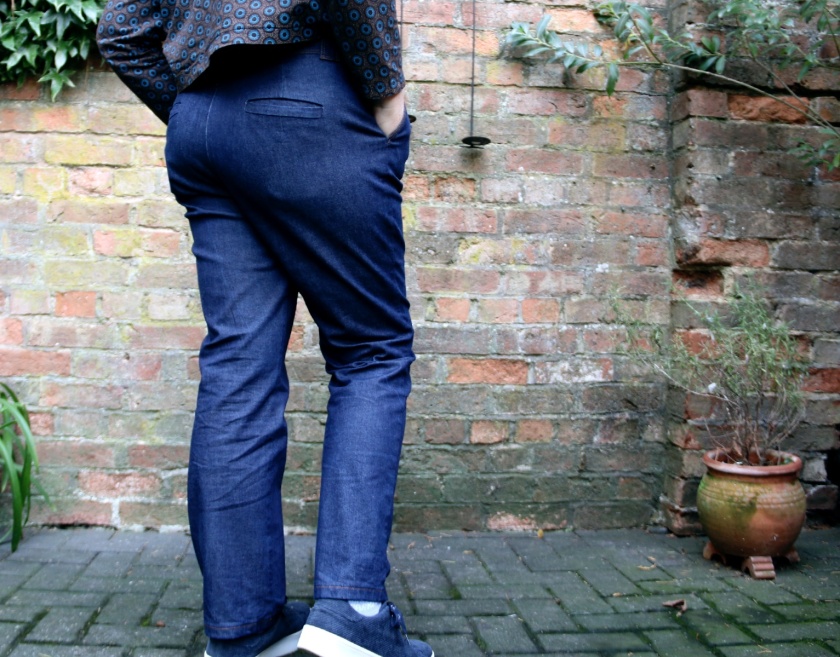 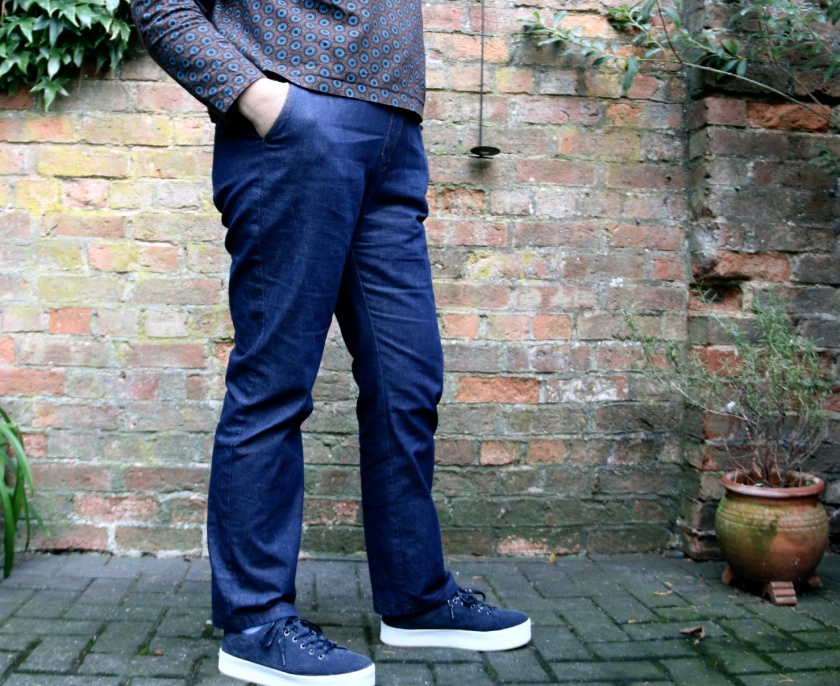 Obviously I needed to make a few adjustments to the pattern from the last time, the first being to take in all that extra that I’d added to the leg because it was too tight around the calf.  I also took in the inseam, outseam and waistband.  Even though I’d interfaced the waistband on the opposite grain, it still stretched out while wearing, so I needed to go back in and make it smaller. 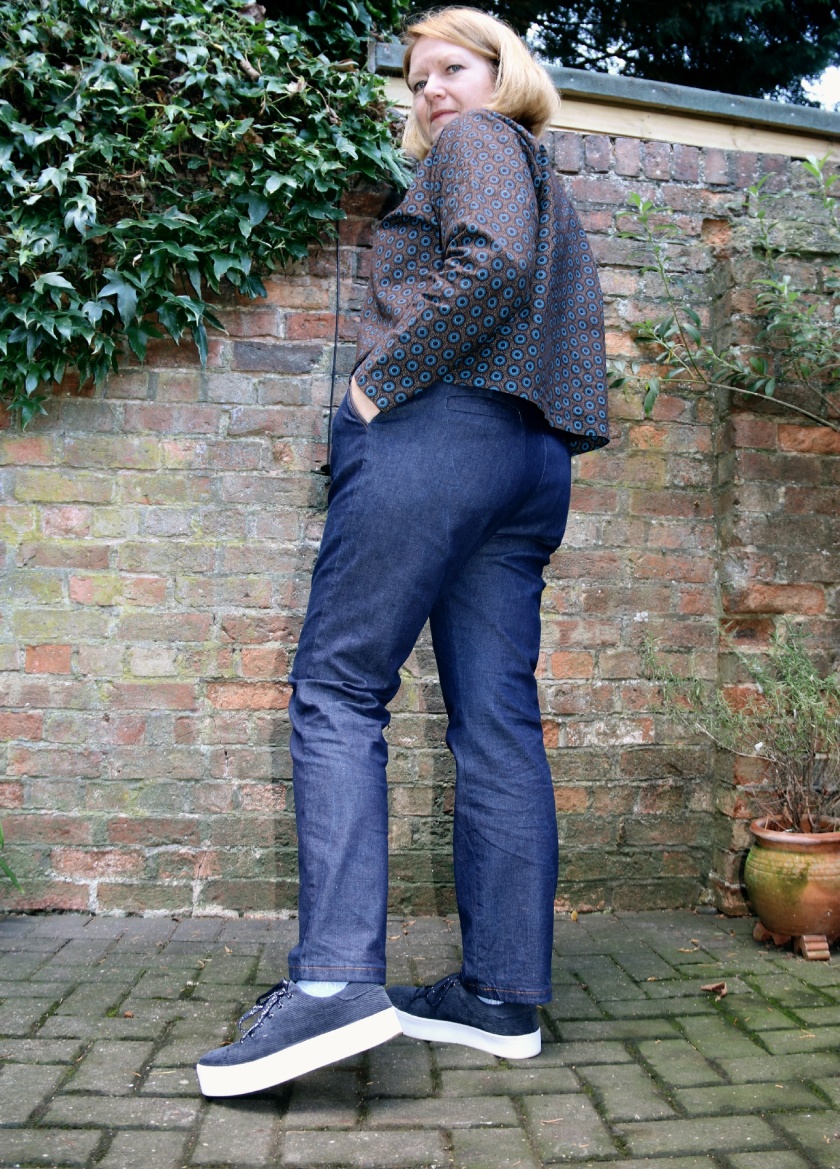 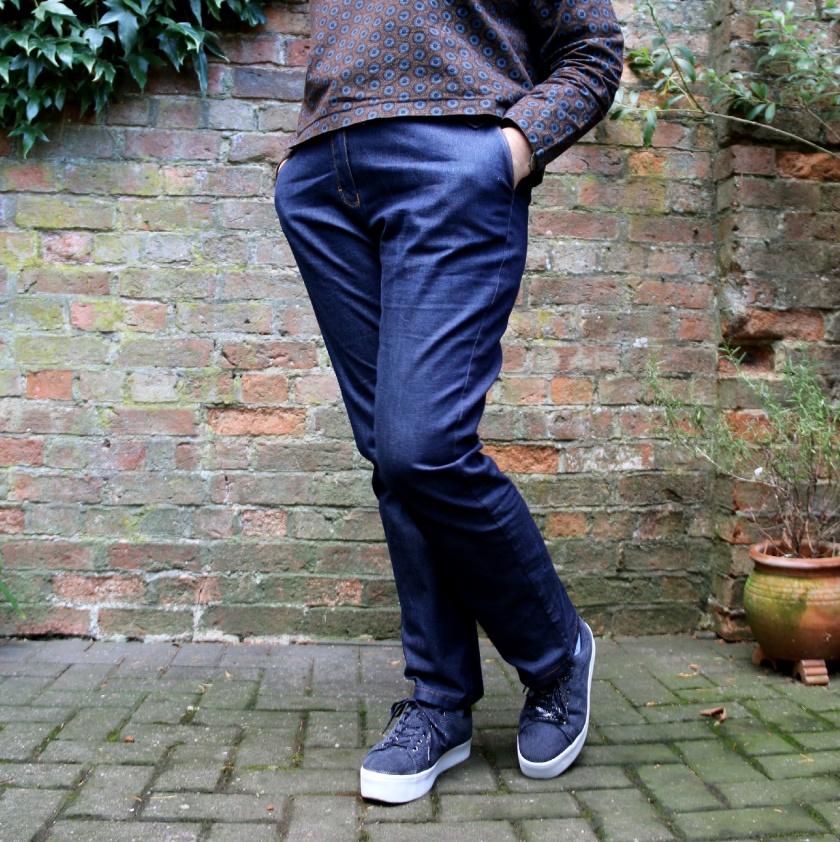 One thing I’d forgotten to do though, was to either reduce the depth of the waistband – or put two buttons on it.  Only after I’d cut the buttonhole did I have a vague memory of thinking that it was a bit wide and that two would be better than one!  So you get the rather unflattering curl of the top part of the band, thankfully it’s mostly hidden by my tops, but that’s not the point… 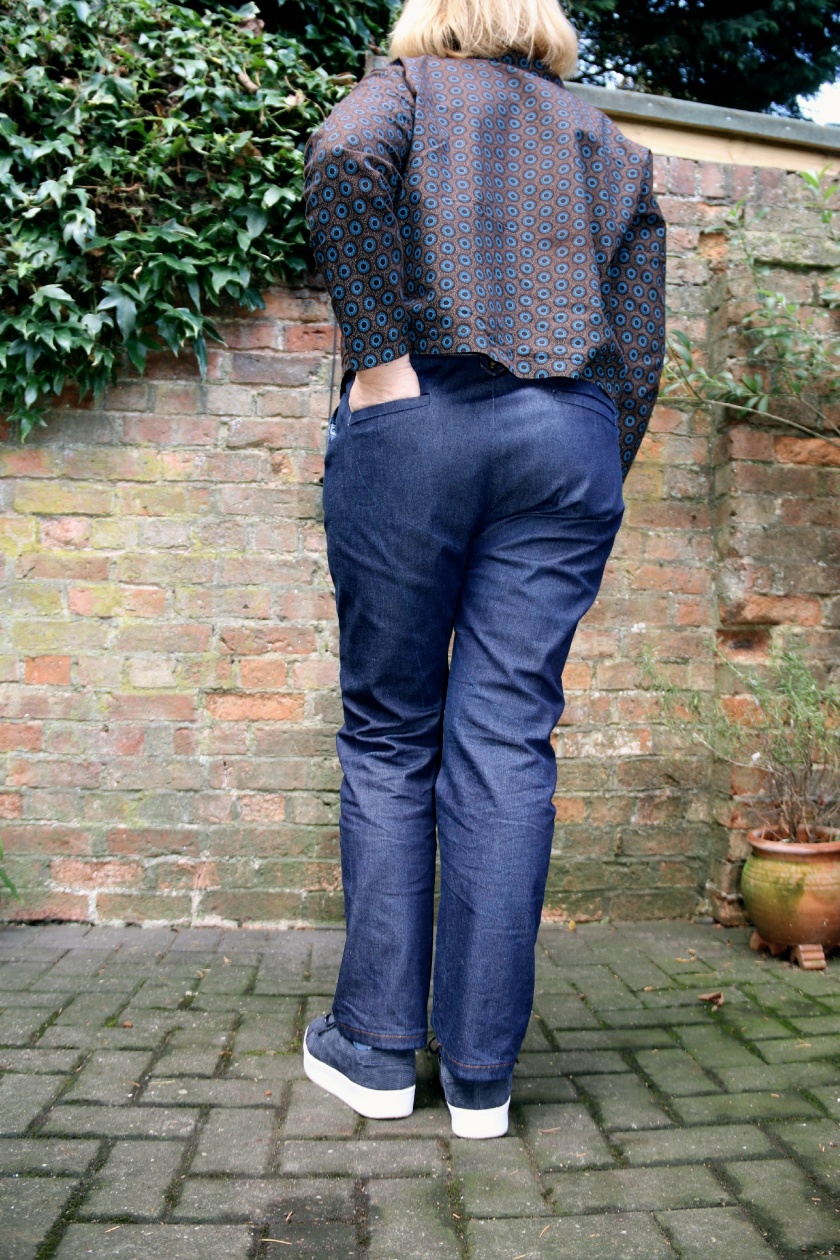 What I love about this pattern – the belt loops are cool!  You get three shaped loops with a button that you can choose to make operable or not, and two ordinary shaped ones, but they’re wider than the usual loop.  I like that look on the wider waistband.  Second thing I love are the pockets!  Plenty of decent sized pockets in this pattern, and the welt pockets in the back are a breeze to sew.  I used some scraps of Shweshwe cotton for my pocket bags to cut down on bulk and I love seeing that bit of pattern. 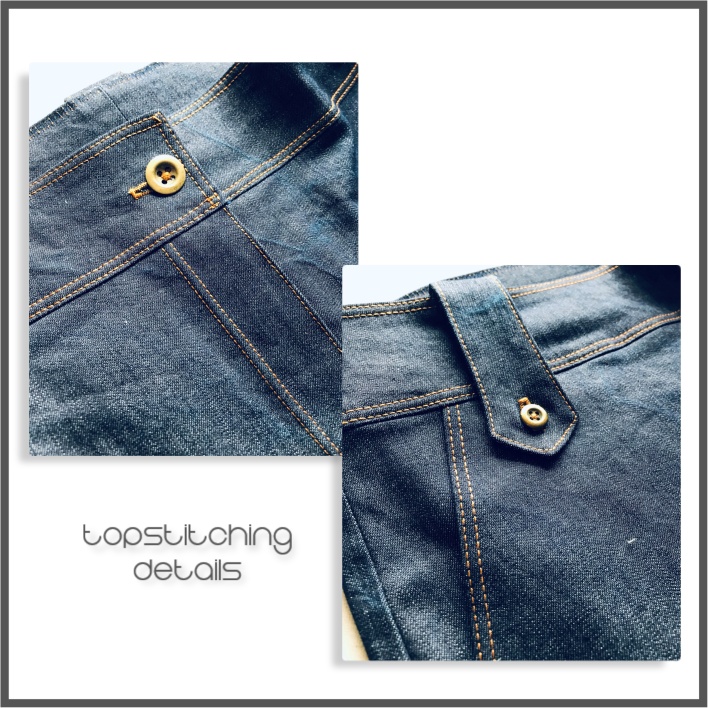 All the buttons were found in the stash, and I think that if I had found two of the bigger ones I might have remembered that I wanted two for the waistband.  The colour works beautifully with the denim and the colour chosen for the topstitching.  I used one of the Gutermann Denim threads again, rather than “proper” topstitching thread as my machine is far happier to use it.  The colour is more copper than gold and I love it.  All the double lines of topstitching were done with a denim twin needle, an essential piece of kit, in my humble opinion!  It takes all the guesswork out of making sure your lines are completely parallel and even going around curves is easy.

I have more sewing from September to catch up on here, a beautiful pair of wool trousers using a Burda pattern from the early 90s (I think, or late 80s…) and some new tops that have already come in handy with the change in temperature!  Yikes, October means Autumn and that means cold and wet on the way!  I have/had grand Autumn sewing plans, I’m slowly making my way through them, and promise to try to keep up!