There are a couple of patterns languishing in my stash that I bought on a whim, in a rush or on impulse just after a release date. Then there are those that I have managed to use – not only once, but a couple of times.  I think one of my resolutions for next year needs to be to make use of all the patterns (excluding vintage patterns!!) I’ve bought, or to give them to better home.

I need my patterns to work for me, and preferably not just for one season, although there are centrainly more than a fair few that are definitely seasonally specific!  The Teddy Designer Pants from StyleArc are not one of those.  I decided, back in August, to make a pair in some pale grey marled wool that I’d got from Fancy Silk Store in Birmingham last year (although it may have been early this year).  It was originally earmarked for a dress for one of the girls, but I found it in the winter fabrics boxes and it whispered to me that if I made a pair of trousers that didn’t need much meterage, there would still be enough for a dress…  Needless to say, I listened to that fabric! 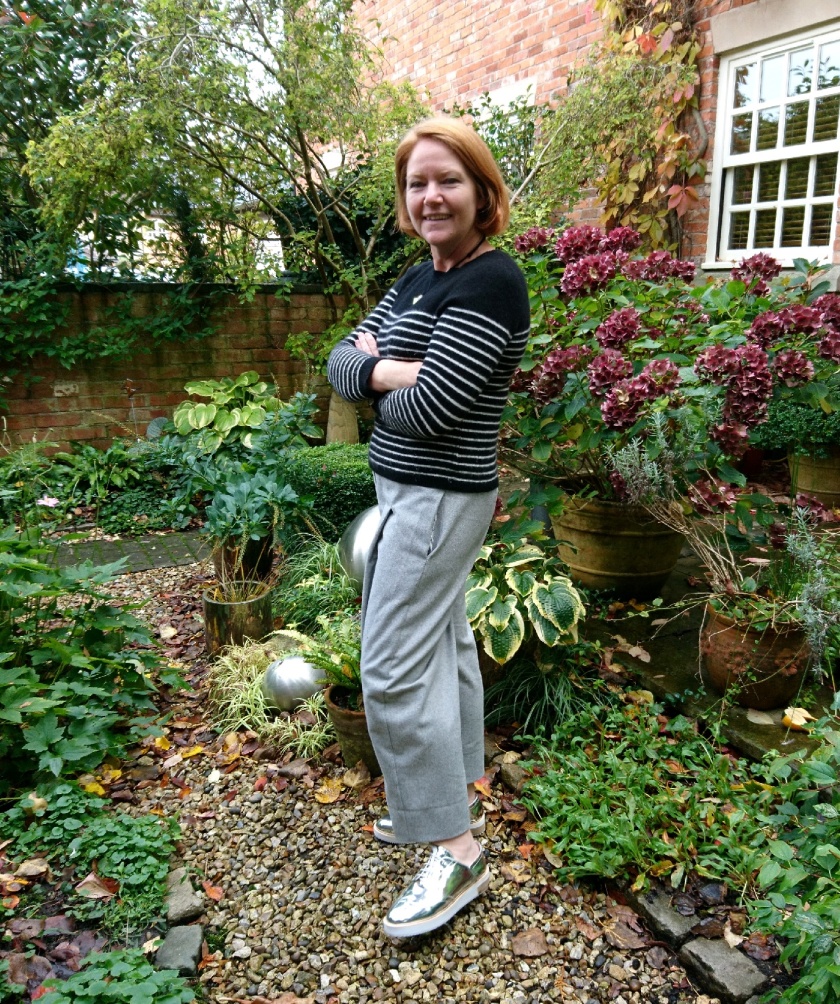 I decided the Teddy Pants would do the trick, with a wider fabric I can get the trouser legs next to each other, only slightly stepped.  I cut one of the pairs of pocket bags and the inner waistband from a different fabric to save fabric, and to have a non-scratchy fabric around my waist.   I was lucky enough to find the perfect couple of buttons in the button box, along with the last grey zip in the stash.  Total stashbusting!  The two pairs I made in linen over the summer have had to be taken in so much that they are basically a size down, so I traced the 12 and just went for it.  Luckily, they fit!  Phew!

I've fixed the pleat on the #TeddyDesignerPants, now it goes in the correct direction and I have two of the pieces I need to wear to Daughter no2's graduation ceremony next week! . . #isew #HandmadeWardrobe #StyleArc #Sewcialist #SewingAddict #SewistsOfInstagram #Maker #ShipstonSews #warwickshireSews 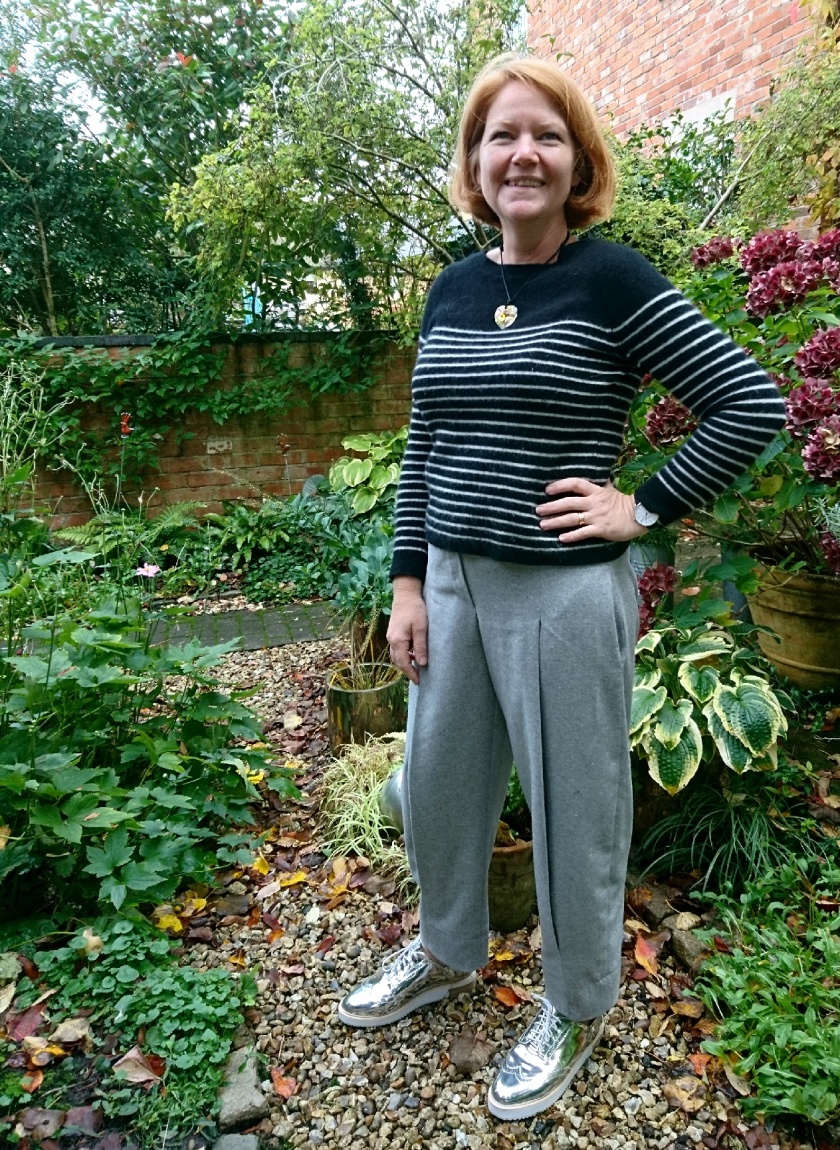 Although I did make a slight mistake…  I was so keen on getting these made and finished that I carefully marked, pressed and stitched that nice long, deep pleat in place the wrong way round.  I only realised when I put the trousers on once they were finished and got caught up in the pleat when my hand went into the pocket!  Oh dear…  But I had other things to make, so the wool Teddy pants were left on the side for a while until I was in the right mood to unpick everything and re-do.  I’d put the pattern pieces away and forgotten which way to press that pleat, so I checked the pattern envelope for guidance.  And what do you know, the images show the pleat pressed towards the inner leg, so I thought it was right…  But definitely not!  The pleat has to go to the outer leg!  I will remember for next time.  One thing I probably need to go back to is to topstitch the pocket opening on the trouser front.  These pocket bags just hang from the side seam, so they have a tendency to flap around.  Normally that wouldn’t be a problem, but with a contrasting pocket fabric, I’d rather the pockets didn’t flap about and show that contrast off.

These trousers were supposed to be worn to Daughter No2’s graduation in the middle of September, but with the backwards pleat and warmer than expected weather, they didn’t get their moment of glory.  But, I’m glad I made a wool version, I’ve already worn these 4 times since the cooler weather started!  And the nice thing about using wool instead of linen is that there is no bagging, that pleat stays nice and sharp and I don’t get those big baggy knees that always turn up in the linen versions.  So, a successful winter project so far.  I might look out for some nice rusty, paprika or chocolate wool and make another pair.  Or maybe denim…  😮

By the way, this pattern is available in a multi-size PDF format, so instead of just getting your size and the one above and below, in seperate files, you can get size 4-16 or 18-30 in a nested pdf!  It’s the only way I buy StyleArc patterns.