There’s nothing like waiting until the almost last minute before starting something!  That’s pretty much what I tried this month, and it backfired on me!  So it’s safe to say that I in no way got that gorgeous jacket make for Daughter No2, in fact, I haven’t even started the pattern.  But I will!!  I love the lines on it & I think it will look great – when I finally get it started…

I has a lot of grand plans for this year & managed to actually stick with some of them!  I do have one awful fail though.  Even with the added incentive (threat??) of being in THE JAR, I have not made a shirt for my poor husband.  I have drafted a pattern & even toiled it – but with putting our house on the market this year & the general clean-up & hiding of “stuff” that ensued, I lost the toile.  Then I got distracted – again!  So this is one job I still face & I really must try to get a man’s shirt done in 2014.  Just one will do the trick!

So how did I do then? Gillian from Crafting a Rainbow has this great round-up of yearly projects that pretty much all the sewing bloggers are using, & it’s a great idea.  I’m just going to do hits & misses from my resolutions list from January, I have too many projects to go through otherwise, & you’ll all be asleep! 🙂  So, from The list I made last year, here are my hits & misses, so to say.

One thing I decided to do was to keep proper track of my sewing this year.  I got a cute notebook from Anne B during the great stash swap & decided to write up every project, where the fabric came from, the date completed, etc.  My first project was completed on the 2nd of January & the last one I finished was on the 20th December. ( I have 3 more cut, but I cannot count them as they’re not finished!)  “So how many did were there?”, I hear you ask….  Drum roll please…..

Eighty four sewing projects!!!  Phew…Not all of them were garments, or even whole garments!  I tried to make sure I had photos etc, but as usual, some slipped the net.  If you’d like to see them all, I made a board on Pinterest to keep track.  You can also see some of them on my other blog, Vintage Belle.

As far as what I’ll be getting up to next year – I have yet to make that list!  I guess that’s what I will be doing tomorrow  🙂  Fingers crossed I will make more time for pattern cutting, & I have a sneaking suspicion Jungle January will be rearing its head once more..  In the mean time, have a great New Year & I’ll see you on the other side! 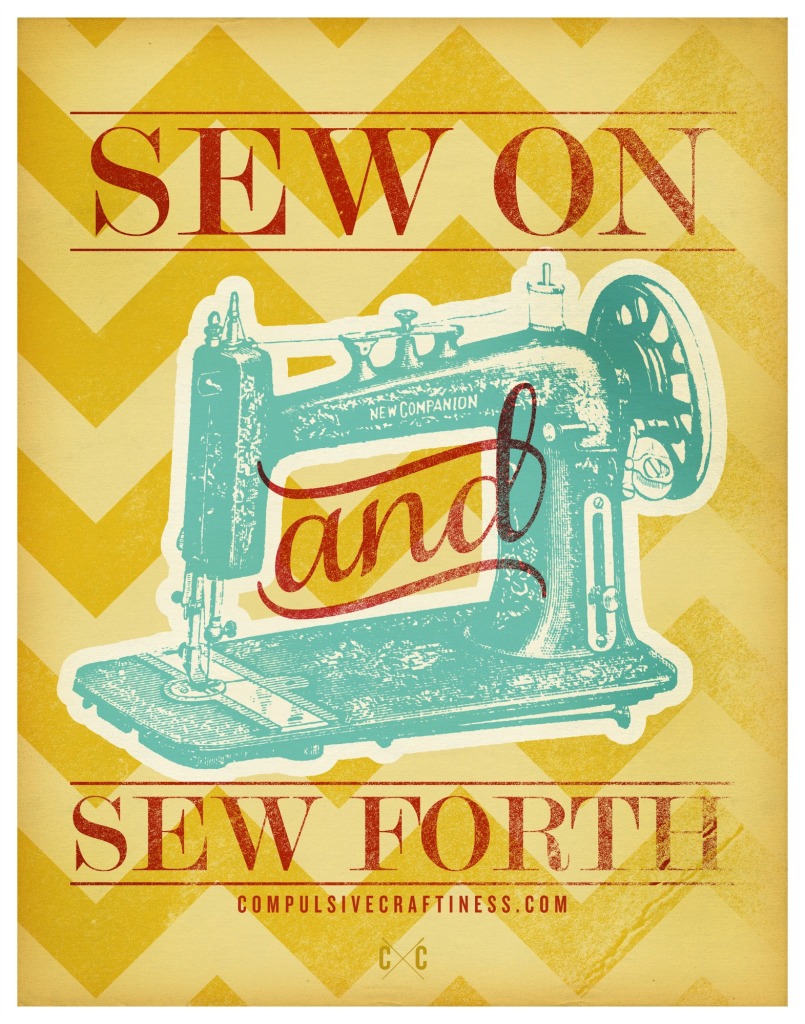 Free printable poster from Sarah from Compulsive Craftiness.  For the download link, visit her blog.