April for the Monthly Stitch sewists is “Sewing Double” month.  We all have those tried & tested patterns that we have no problem running up quickly, loving the fit, style, etc.  My favourite pattern this year just has to be Papercut Pattern’s Bellatrix Blazer.

This is the fourth incarnation – and most certainly will not be the last!  The fabric is a gorgeous pistachio-y green medium weight linen that was part of my haul at the Sewing for Pleasure 2 weeks ago at the NEC.  It was going to make a vintage bolero to go with an early 50s sundress I’m making but….  I miscalculated the conversion from yards to metres.  I bought 1m but should have got just 20cm more and it would have worked.  Never mind, as you can see, Daughter No2 is pretty pleased I cannot do Imperial to save my life.  As usual, she’s come out the winner! 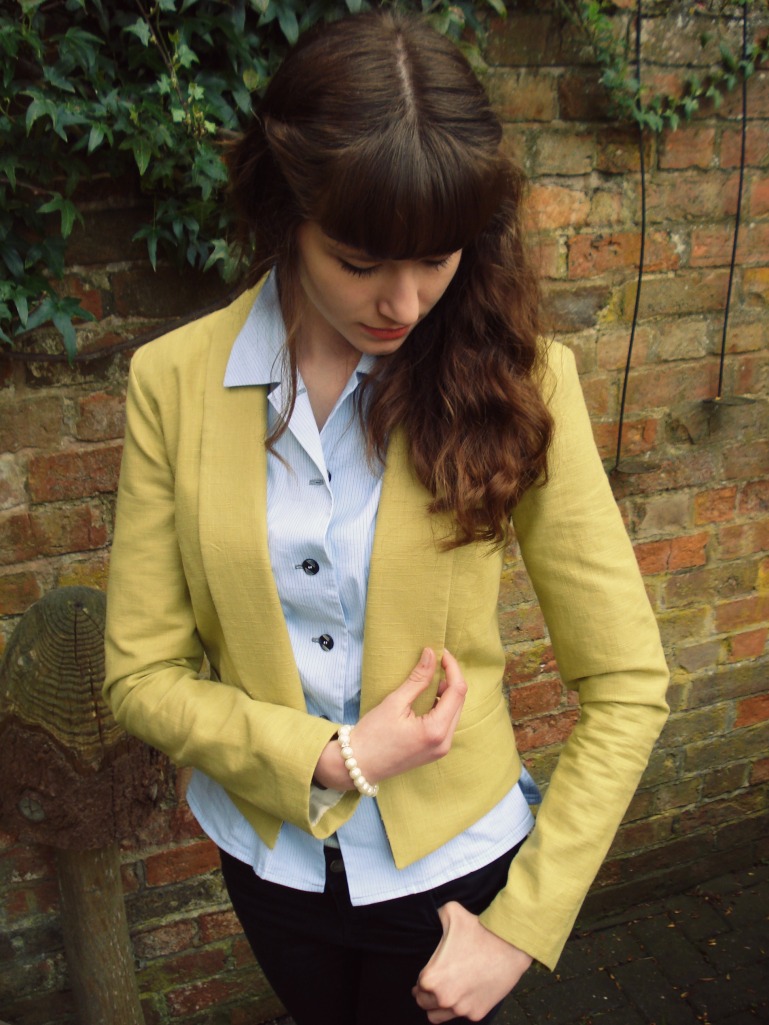 Only one problem, 1m is barely enough for Bellatrix.  I had to cut the sleeves on the cross-grain to fit them in & had to forgo the matching facing pieces on the peplum thingie.  I had toyed with the idea of doing some contrast fabric for the welt strips and the front that forms the outer collar, but it would have restricted the number of outfits Daughter No2 could have paired it with. 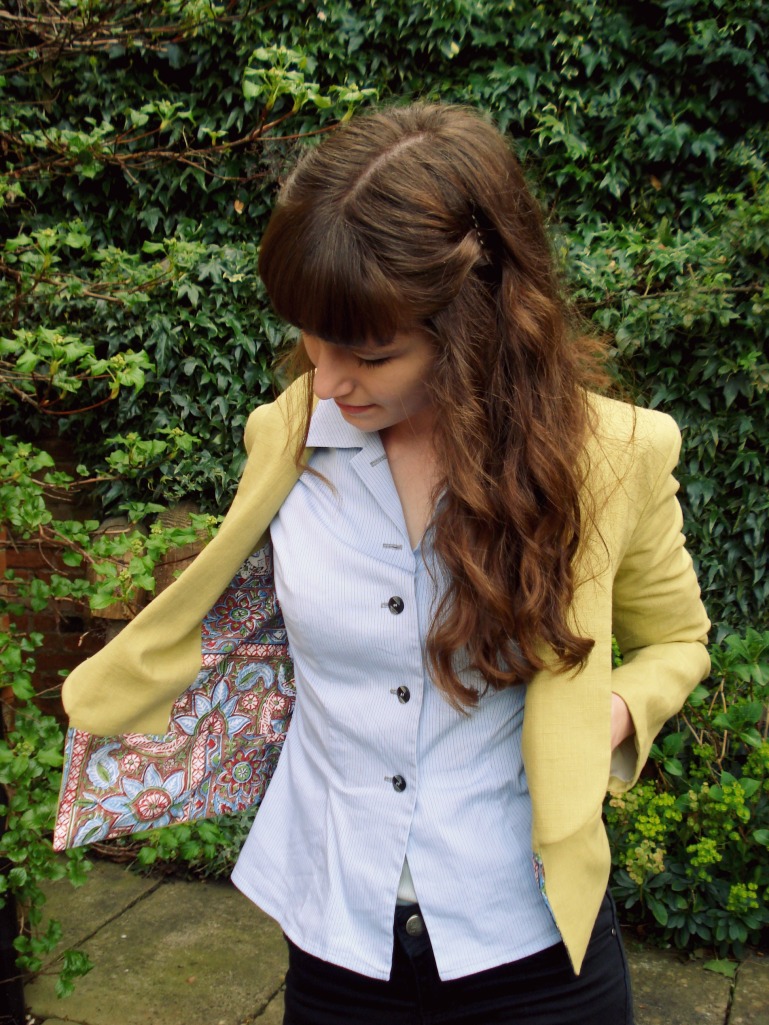 The lining…  I did say at the end of the last post with those MAD trousers that the lining in the jacket would look familiar  🙂  I used almost the rest of the handpainted cotton for 90% of the lining for the jacket, the exception being the sleeves.  I dug out some left-over bremsilk for the sleeves. 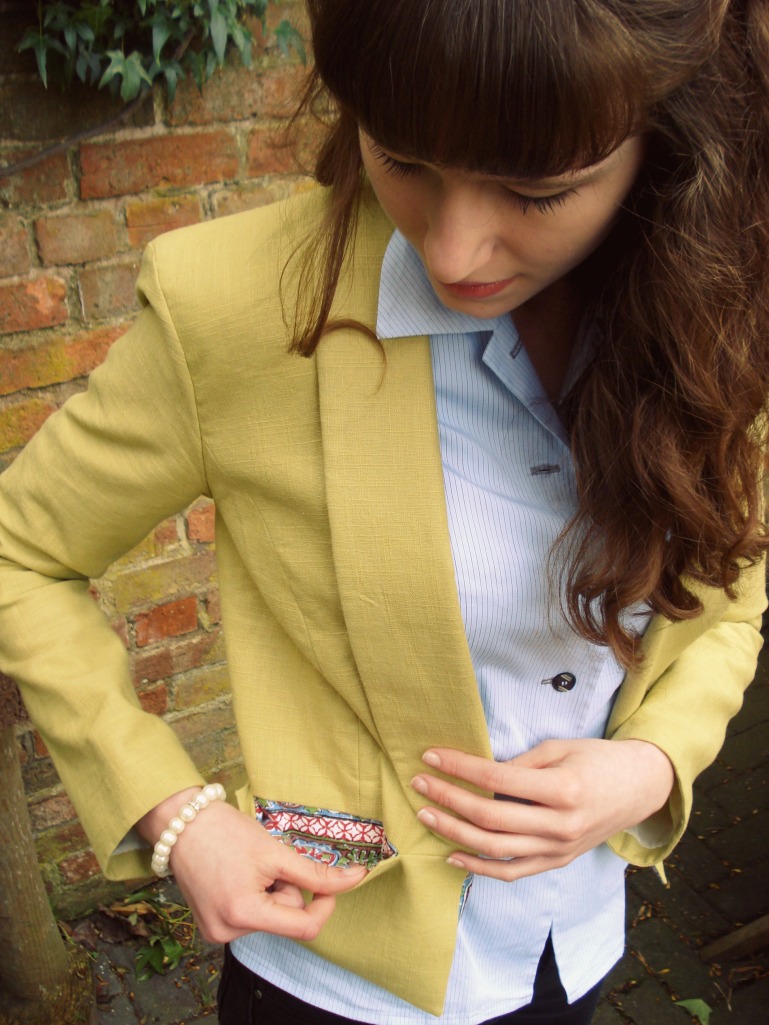 I used Gill Arnold‘s fine sheer polyester fusible on the linen peplum pieces, the front & facing front & on the back above the shoulder blades & into the armholes.  For extra structure on the shawl collar I used a fusible canvas, also from Gill.  If you’re going to use a stiff interfacing like this, make sure you remove the seam allowance – you do not want that bulk in your seam!

As usual, the whole thing went together really quickly, and..  I have fixed the sleevehead vs armhole issue!  YAY!  The answer (for me anyway) was to raise the sleevehead 1cm, keep more of the height on the front than the back, and merge the extra into the existing shape at the front & back notches.  I forgot to take a photo to show what I mean, but next time I’ll put up a picture.  This adjustment has now finally worked, the last time I didn’t leave enough height on the front, so it was still a little short when fitted into the armhole. 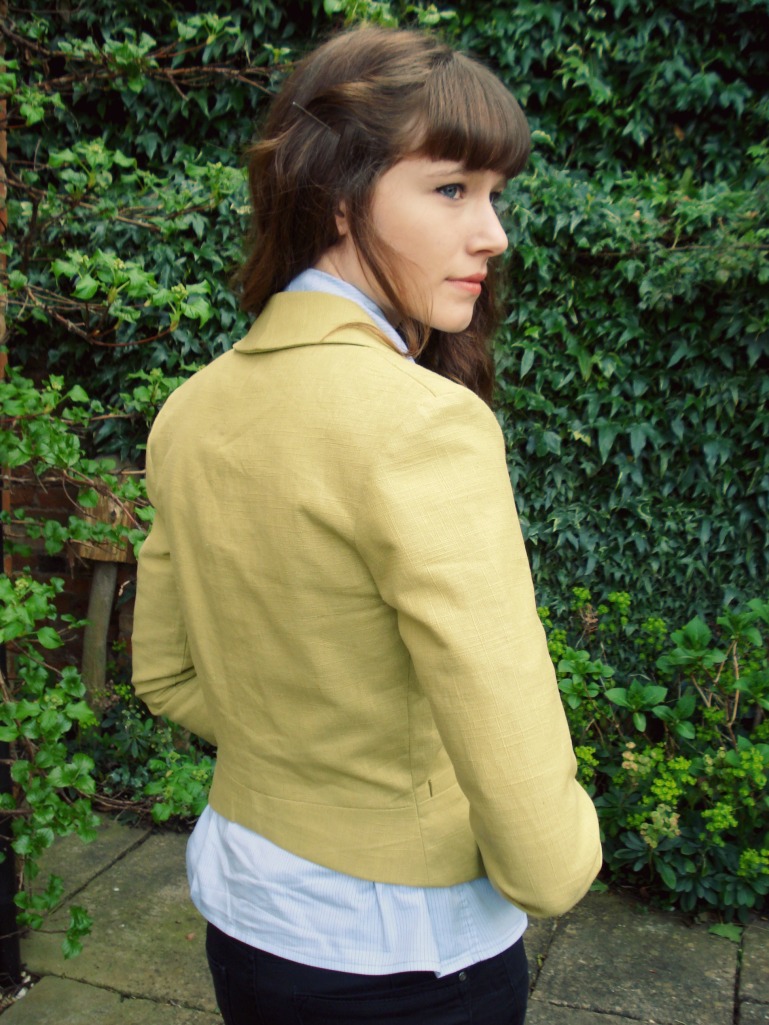 The sleeve fits really well now, and there is plenty of movement without the drag lines that appeared on the previous versions.  So, there it is, four Bellatrix blazers since the start of the year.  I have some pinstripe cashmere blend wool that I think will be enough to make another – that can wait a little though, I have a feeling another couple of linen or cotton canvas blazers are lurking in my near future! How many times have you used one pattern? 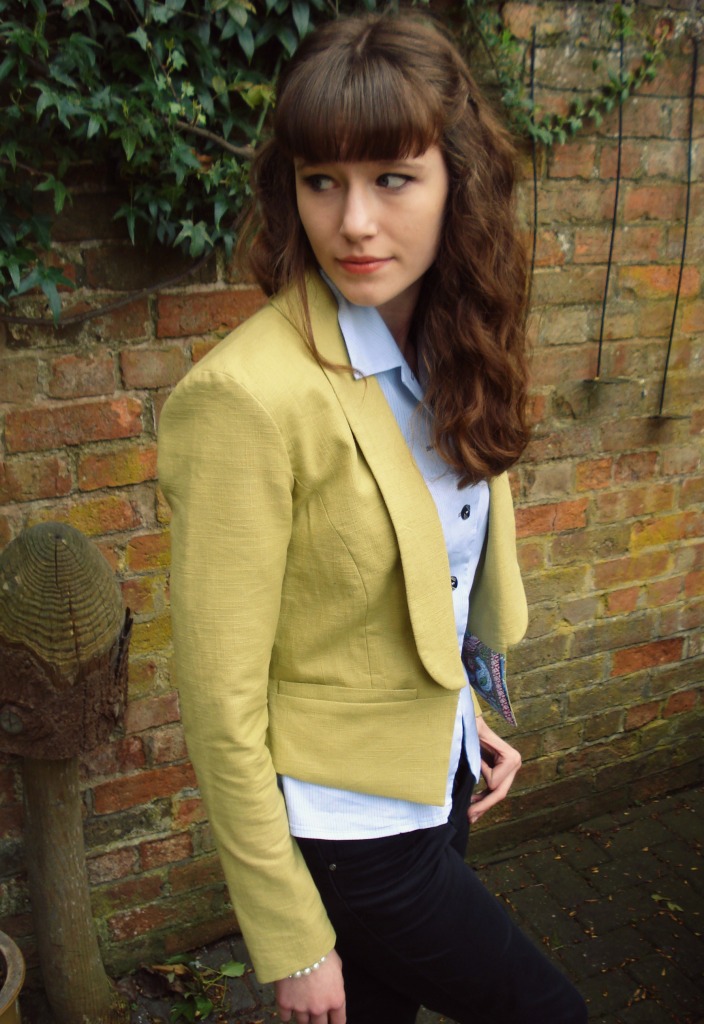 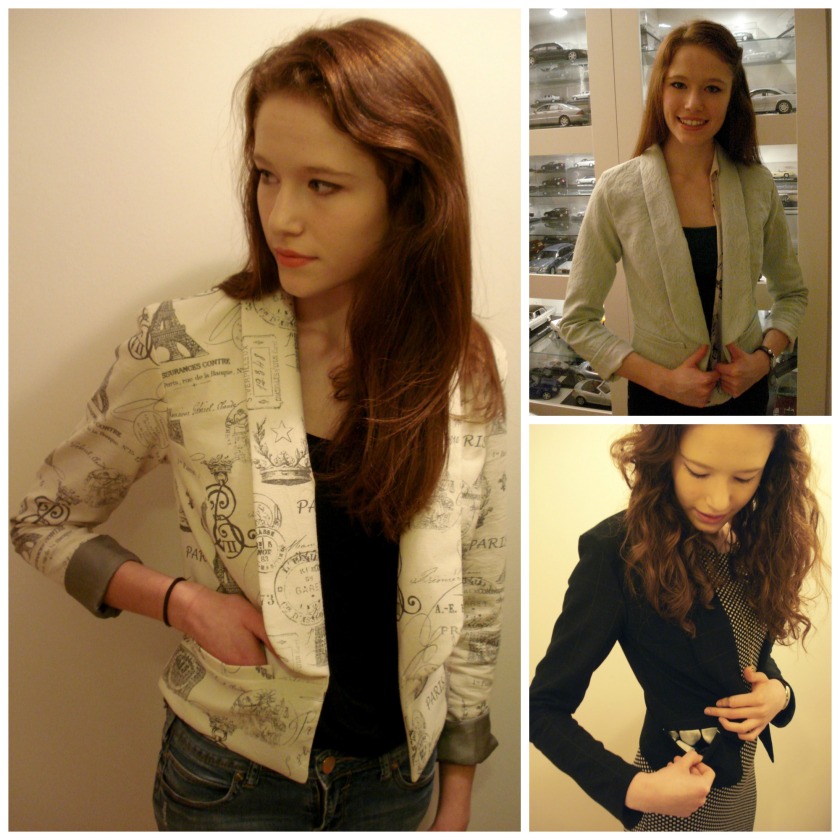 I have another “sewing Double” project to be getting on with this month, so bye for now, I have silk chiffon to cut up!  🙂