Still using up the fabrics I bought at Sew Brum in early October, I made these Burdastyle trousers for Daughter No2 with the fabric left over from Daughter No1’s vintage dress.  Proof, if any was ever needed, that I cannot convert Imperial fabric requirements into metric!  I ended up buying 3m of the silk jacquard and after I’d laid the dress pieces on the fabric decided to make a pair of trousers too.

This is the same pattern that I used for the Smarty Pants challenge on The Monthly Stitch last year, no. 110 from the November issue of the magazine from 2013.  It’s quick to make, my favourite detail is the little cuff.  We had more fitting issues with this make, the jacquard has no stretch and behaves much more differently than the stretch twill I used the first time.  I’ve ended up with teeny tiny seam allowances in places – my fault entirely.  I was so keen on getting the fabric made up before it got even the slightest peek at the stash box that I forgot it had no stretch & I cut the same size as the first pair.  I think we’ve solved most of the issues, all to do with ease. 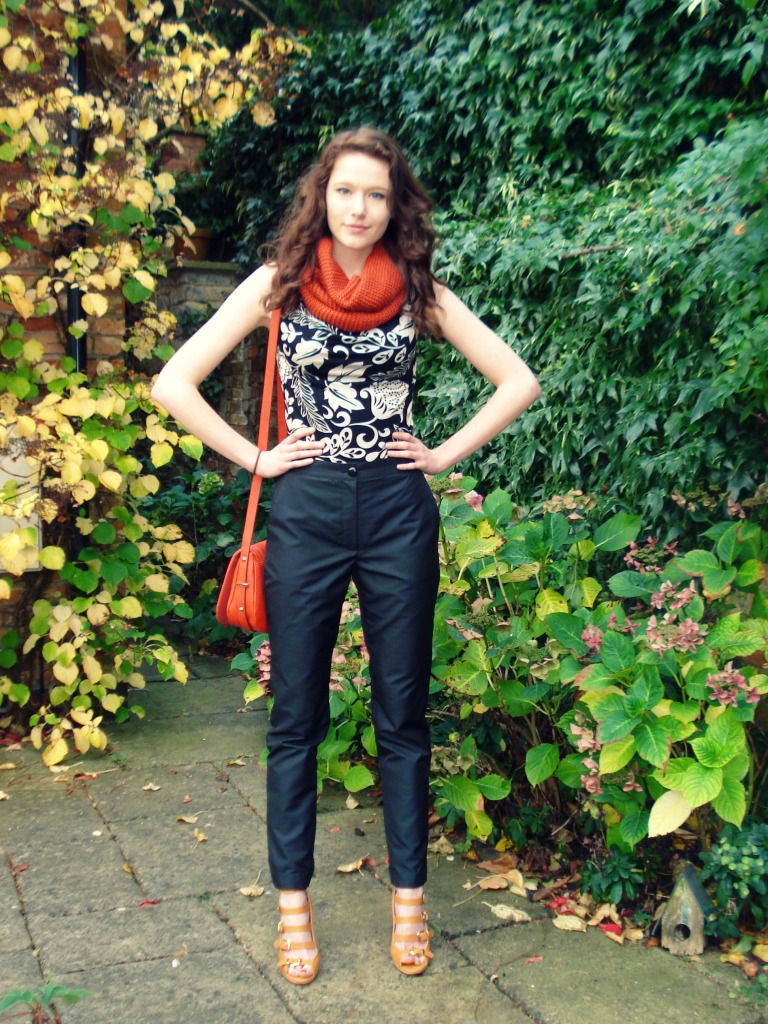 Daughter No2 likes them anyway & they do look fab with her Bellatrix blazers!  These went out to Oxford last night to a Darlia & Gerard Way concert, the girl wearing them was pretty darned tired this morning, so thank goodness it’s Friday!  She deserved a trip out, having had her head down working hard on schoolwork & admissions for Universities.  She and I have also been rather busy making red wool poppy brooches to sell in aid of the British Legion’s Poppy Appeal.  I have made poppies every year for the last 4-5, but this year we decided to make them together and to make 100, to mark the centenary of the commencement of World War 1.  We have made 100, but with literally days to spare, I hope we are able to sell them all in time!  I will be really chuffed to hand over a few hundred pounds to the charity. 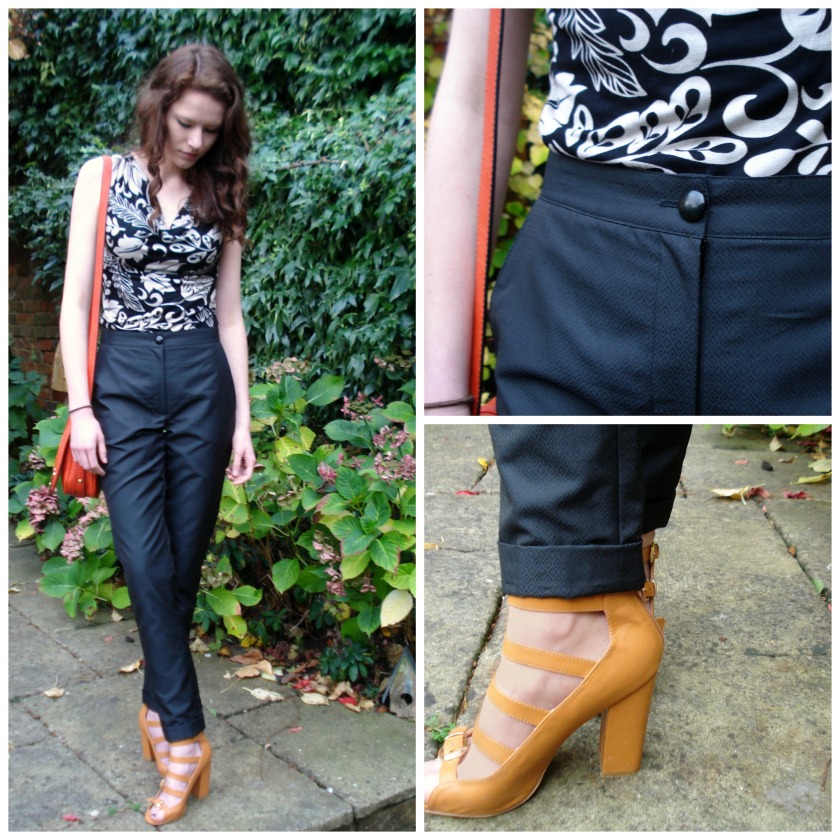 Things on my sewing table right now are the vintage jacket you got a glimpse of at the end of the last post and a piece of fabric from Guthrie & Ghani bought at the Sew Burm meet-up.  It’s a greenish grey cotton voile, but on reflection I decided there was too much green in the grey.  So it’s gone in the washing machine with a brownish grey jersey from Croft Mill & some grey Dylon dye.  I rather like the result so need to finalise my plan of what to make.  I’m thinking of using the body of the floaty spotty top with the sleeves from the placket blouse (but making the cuff deeper) and making a different placket.  I like the placket on this blouse from In House Patterns.

I also have some pattern cutting plans for a jersey top…  I got a large amount of lovely jersey (all one length) at the fabric swap in Birmingham & used some to make a Plantain for Daughter No2 (photos on their way).  There’s a plan to use some more to make a jersey cardigan for me.  I have a sketch somewhere….  Probably buried under my ever growing stash!

I also want to make a pair of Ginger Jeans for both Daughters.  I usually steer well clear of bandwagons and “must-have-latest-coolest-patterns”, but after seeing Sonja in her jeans I was convinced & bought the PDF which the other half kindly printed on A0 sheets for me.  I still need to tell him to print the Jutland pants, another late night pattern purchase!  I found a great stretch denim for the jeans at the Fancy Silk Store for £6/m so it’s all ready & waiting for me to get cracking on the toile.  Somewhere along the line the Thread Theory patterns need to get made too, I’ve bought the coat & now both trouser patterns for the other half & that’s about as far as I’ve got!  I just want to make everything!!!

Have a great weekend, whether you’re sewing or not.  🙂