Woohoo, first Work in Progress of the year!  This time there’s no tutorial or how to, just me trying to hold myself accountable to the ongoing list in my head!  Sooo…  In progress are a couple of projects for the girls and some projects taking care of the growing mountain of scraps in the corner of the sewing room.

Starting with the girls’ projects.  Waistcoats – or vests for my American friends.  I have been informed that those delightful fashions of the 90s are back in vogue, and top on the list of those fashions are waistcoats.  Daughter No1 is particularly keen on a waistcoat as top, so I trawled through 5 years of Burda magazines from 1996 to 2000 and found two patterns she liked, also found a pattern envelope in the pattern drawers and another that was the same as one of the magazine ones, but available in more sizes. 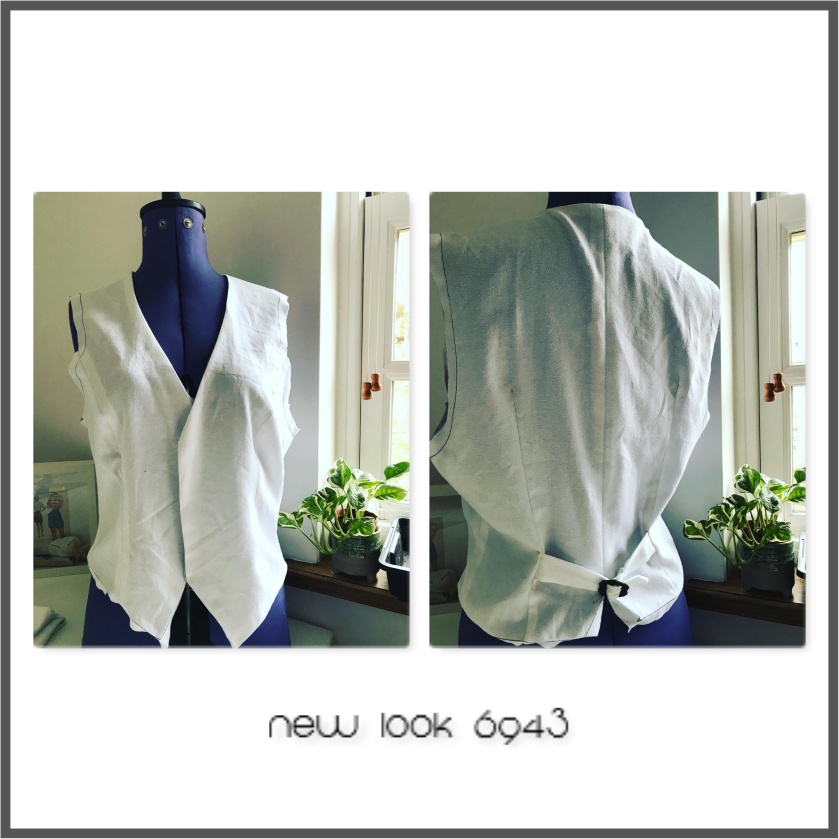 I’ve toiled Burda 2889 and New Look 6943, and I think she’s gong to prefer the fit of the Burda.  I need to post these now and I hope there won’t be too many fitting adjustments to be made.  She’s wanting one in black and another in white, so as soon as I know one of them is the winning pattern, I’ll get buying fabric!

Daughter No 2 is also on a 90s vibe, and fancies some of the long, flowing viscose dresses we used to wear.  Again, the Burda magazines have come up trumps and I have a pattern to toile this week.  It’s number 129 from the April 1994 (South African edition) magazine.  We had a video call over two boxes of magazines and there are a few other things she’s after, but I won’t list them all now!  I’ll start with the dress and trace the others after it’s toiled.

However, I have made another toile for her, a pair of shorts from what I’m sure is a very late 80s pattern, although it might be early 90s.  New Look 6009 has three shorts offerings, we’ve gone with the longer length with turn-ups.  Again. toile is done, just need a fitting done.  Fingers crossed, because I really like this pattern!!

So that’s what’s on my sewing table for the girls, looks like summer is on the way!!  Do you have summer sewing plans?  I can’t say I have a pressing desire to sew anything massively summery for myself just yet – I’m sitting here with thick socks and a chunky jumper on to keep warm!