The trench coat 103 in the February issue of Burdstyle 2017 has been on my “to sew” list since it came out.  There was just something about the style, length and simplicity of the design that appeals.  Daughter No1 was very keen on having it, and I really wanted to make it in one of her fabric designs, but the price of doing so was just too much.  I still hope that one day I will be able to do that, but in the mean time she has her coat, and she’s still happy with it.  And so is Daughter No 2…. 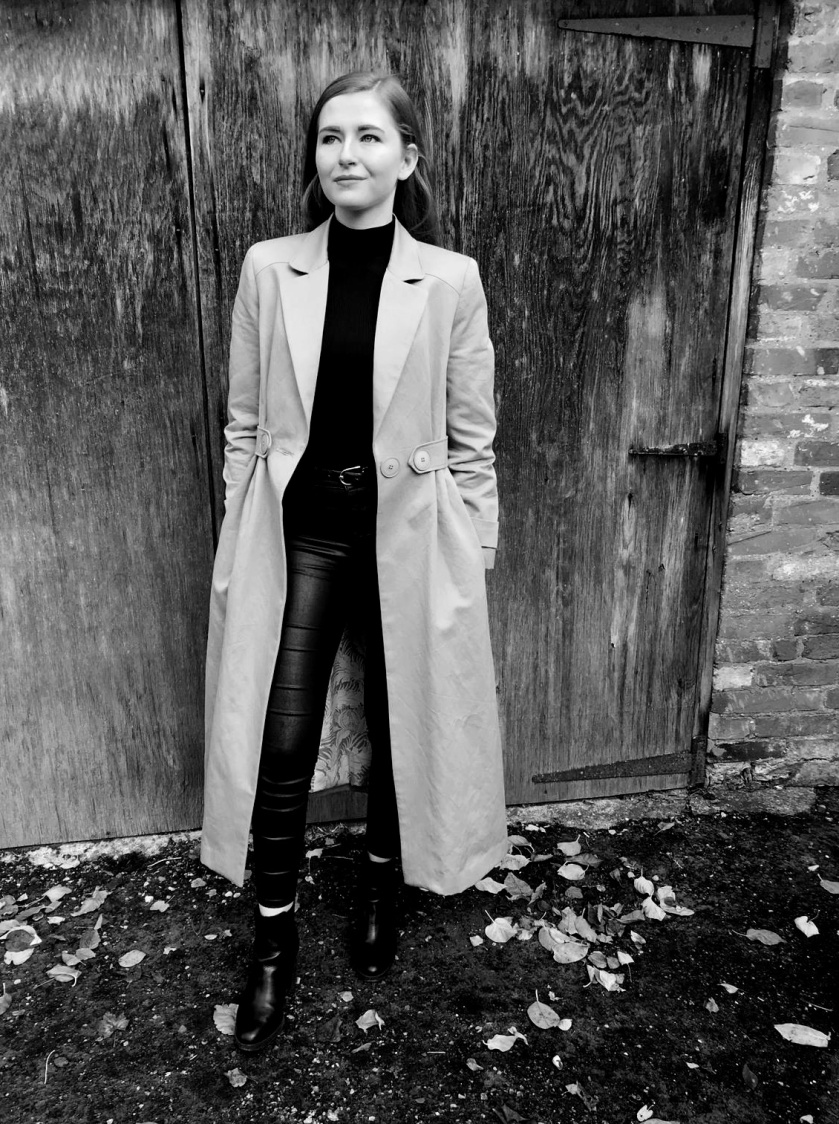 I guess I’d better explain!  🙂  Both girls liked the coat, and both wanted a version.  So I went looking online for suitable fabric and found a rather nice pink/copper cotton twill at Croft Mill Fabrics for just £5/m.  I bought 5m, which was a real bargain.  I wasn’t sure whether the girls would like the colour, but as it was cotton, I was quite prepared to dye it to whatever colour they wanted.  As it turns out, however, they were both perfectly happy with it!  That makes it easy for me then!  My Work in Progress post will take you through all the construction details. 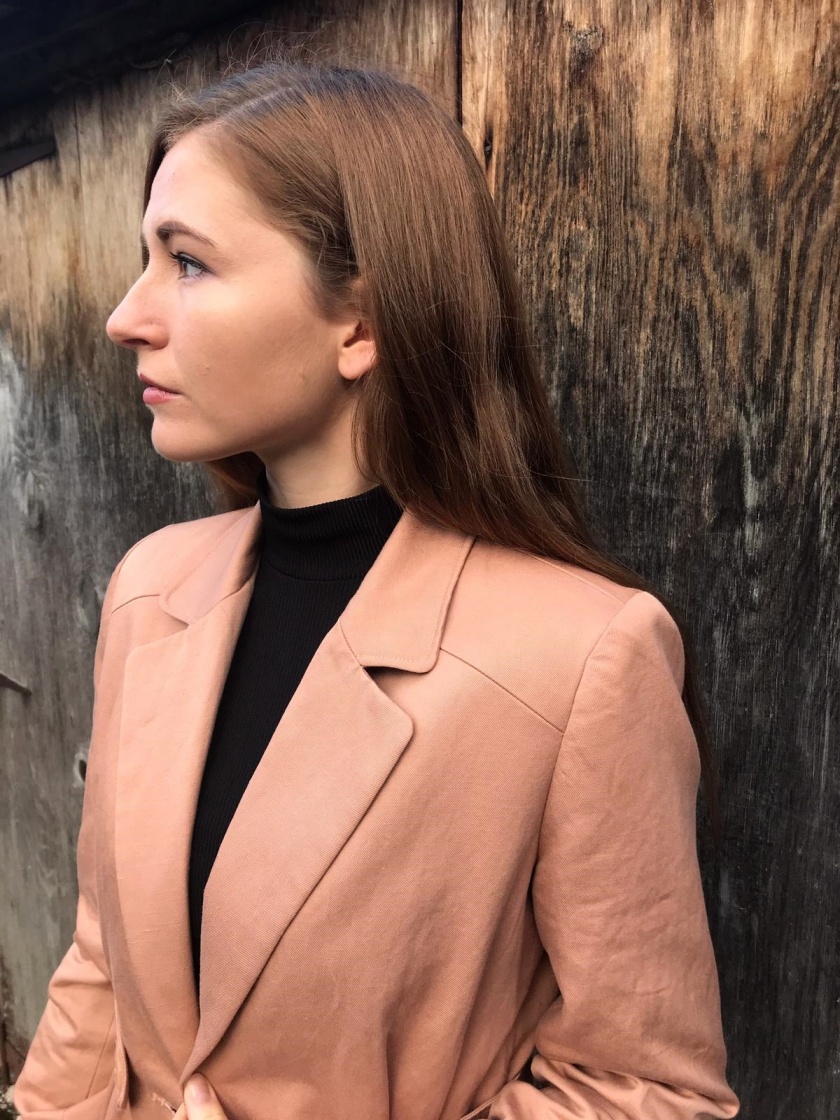 I traced the 38 and toiled it in an old duvet cover from the charity shop.  On trying it on Daughter No2, we noted the following alterations:

For Daughter No1, these were the alterations:

So, I was going to make Daughter No1’s coat first with her alterations, then reverse the shoulder adjustment and make the adjustments for Daughter No2 and make her coat. The coat itself is pretty straightforward to make.  Although Burda call it a “gathered trench coat”, there’s actually no gathering.  The waist is formed with dart tucks in the front and back, and the belt piece starts in the back panel seam to be fixed in the front with a button.  It does have the effect of  cinching the waist in a bit, but definitely not gathering.  The button is sewn through all the layers, there is no buttonhole. 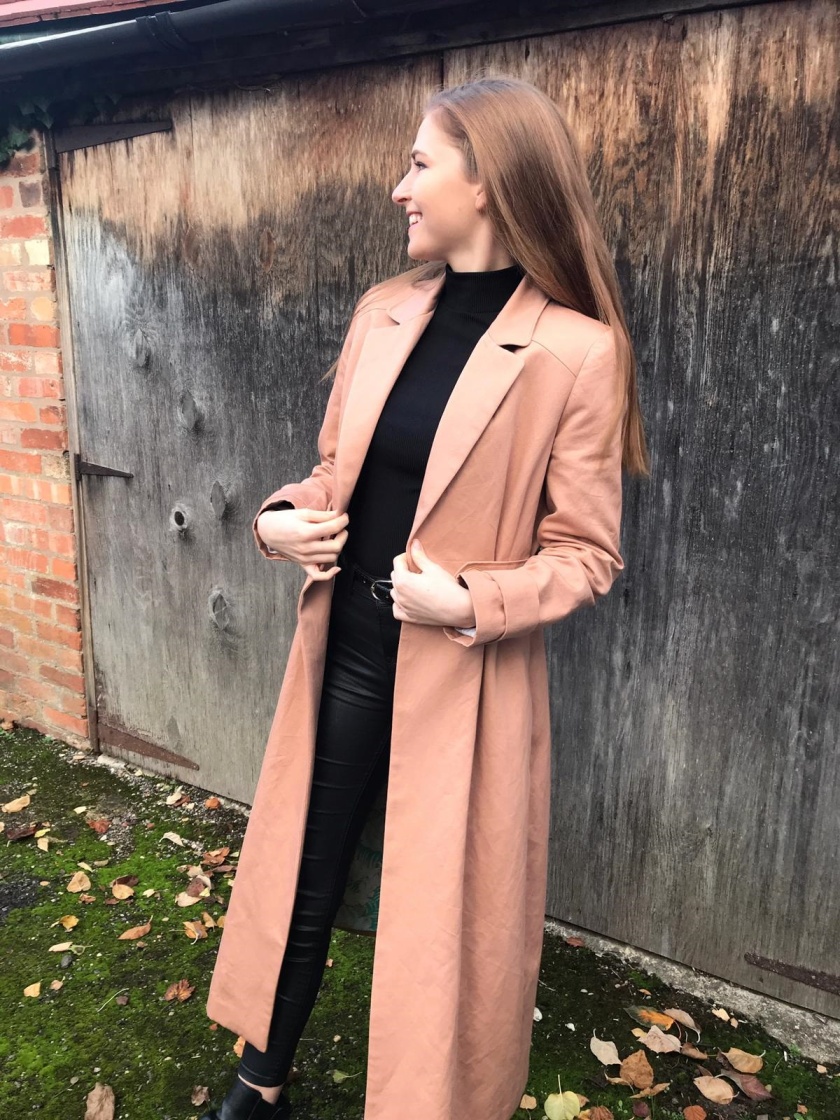 I did make them slightly differently, the coats have topstitching in different places, and Daughter No2’s coat has no shoulder pads.  I used shoulder pads in Daughter No1’s coat because of her posture.  I halved the thickness of the pads, she didn’t want “Dynasty shoulders”, but she did need the shaping they give.  Can you tell that the shoulders are different?

Linings for the coats were chosen for each girl.  The coat wasn’t intended to be lined, the Burda instructions have you use Hong Kong finish on all the raw seams, and that would be fine for a Spring/summer coat.  We wanted these to be warmer, so I needed a lining.  I’ve not used traditional lining fabric for the main body, but I have used “proper” lining for the sleeves.  There’s nothing worse than your sleeves getting bunched up under your armpits when you put on a coat!

I’d found the cotton poplin William Morris inspired print at Fabworks and knew it would be perfect for Daughter No1.  Daughter No2 needed something more contrasting, and I was looking for something geometric with a grey and white colour but was coming up empty handed.  Eventually I found a blue and white paisley print with bronze detail at the Rag Market in Birmingham.  It is viscose and cost a mere £2/m!  It was the right choice and Daughter No2 approved. 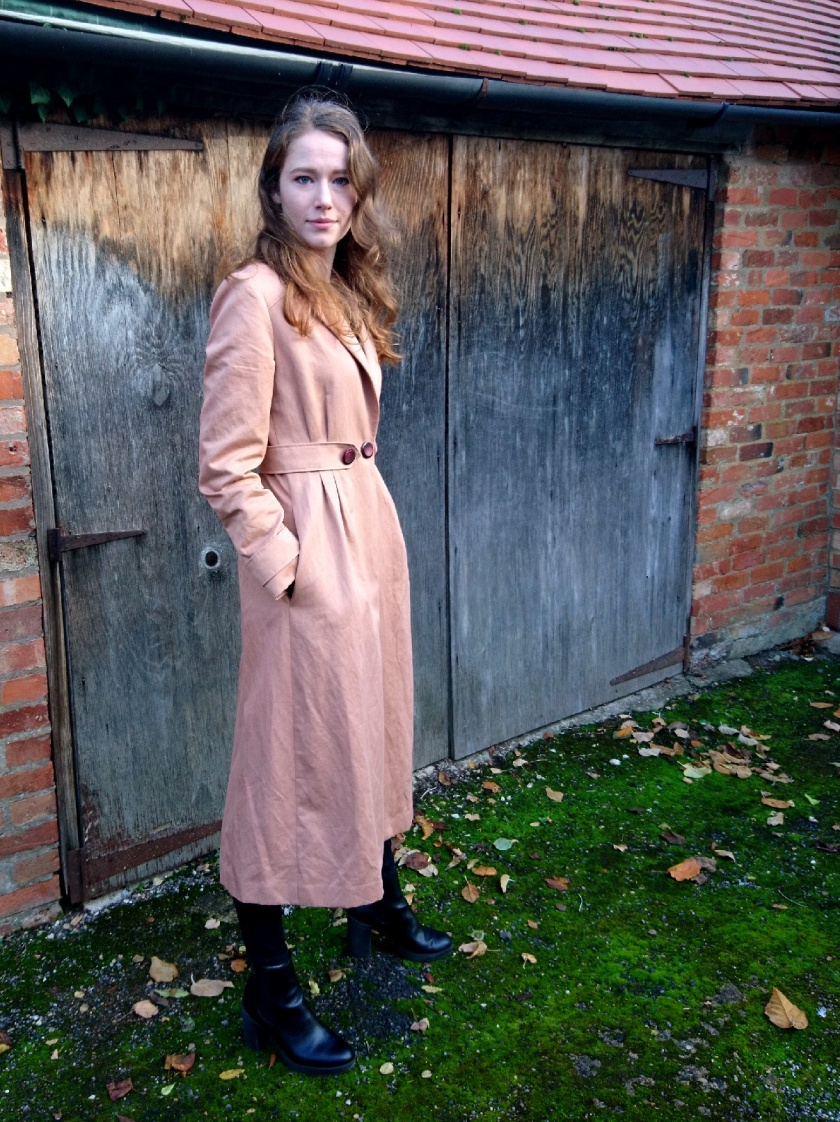 My next problem in choice was the buttons.  I raided my button box and then all the charity shops in town.  I ended up with 3 rather yummy plum/maroon vintage buttons for the front of Daughter No2’s coat.  But there weren’t any for the sleeve tabs.  Another rummage through the button stash revealed 3 pretty pink mother of pearl buttons that would work.  So that was one done, Daughter No1’s buttons were more tricky to decide on.  She didn’t want a colour that would stand out too much, she decided subtle was the route to take.

In my raid of the local charity shops, I had found 4 beige-y/pink buttons, BIG ones!  So the colour was subtle, size – not so very much…!  But – they have worked rather well, and I found a couple of smaller similar coloured buttons in my stash that I used for the sleeve tabs.  So, there you have two pink/copper coats with different linings and different buttons for two different girls with different styles.  Although the shell colour is the same, and I used the same pattern, they do look different on.

That’s another Burdachallenge2018 entry for the year, and I’m glad to have made the trench coat.

12 thoughts on “The Trench Coat Edition”