Dreams of winter coats… Now maybe in a colder, snowier climate, white and cream are fine for outerwear, but it’s not the most obvious choice for a coat in the UK.  It’s far to wet and muddy here in the winter.  So why make a white coat you ask?  Because I had the fabric, is my answer!

I spotted this “coat” number 117 in the September 2015 issue of Burdastyle magazine and rather liked it.  Not altogether my style, but something about it kept me coming back to look at it.  Then I remembered I had 3m of off white/cream basketweave English wool in my stash.  I’d bought it from Arkwright’s Mill in Derbyshire in 2012 for a song, £6/m!!  Originally I had intended to dye it, even on a good day that amount of cream/white does nothing for me.  But how do you dye a 3m x1.5m length of fairly heavyweight wool?  I certainly didn’t have the facilities.  So it sat in the stash.

I thought, if I made the coat in the wool and it didin’t turn out quite right I wouldn’t have lost anything, beause the fabric wasn’t doing anything anyway.  I thought I’d make it a little better for me by buying an awful lot of dark grey herringbone cotton tape for all the edges. Of course, having mis-read the amounts, I bought 20cm too little and had to get another whole metre to rectify it, but that’s all done.

The pattern pieces are huge!  I suddenly wasn’t sure I had enough for the whole thing,but managed to fit all the pieces on the fabric by opening it out and cutting in a single layer.  The belt had to be pieced but I don’t think it’s noticable.  The tape was sewn on by hand – all of it!  I ironed the tape in half, lengthwise (of course) and pinned like mad.  I sewed one side, then the other, in sections and mitered all the corners.  That’s a shedload of hand stitching folks.

So, the pattern itself.  It’s a big, chunky style, narrower at the hem.  I used the overlocker for everything as the insides are easily seen and the coat is not lined.  There are no hems or facings, the edges are bound with bias or seam tape. The belt goes through a slit in the right front/side to wrap around the body, but apart from that slit, there’s nothing holding the belt in place, so you have to wear it tied up constantly, or leave it off.  I added a chunky belt carrier to the centre back to there’d be more support for the belt, but in actual fact, now I am wearing the coat I prefer it unbelted. 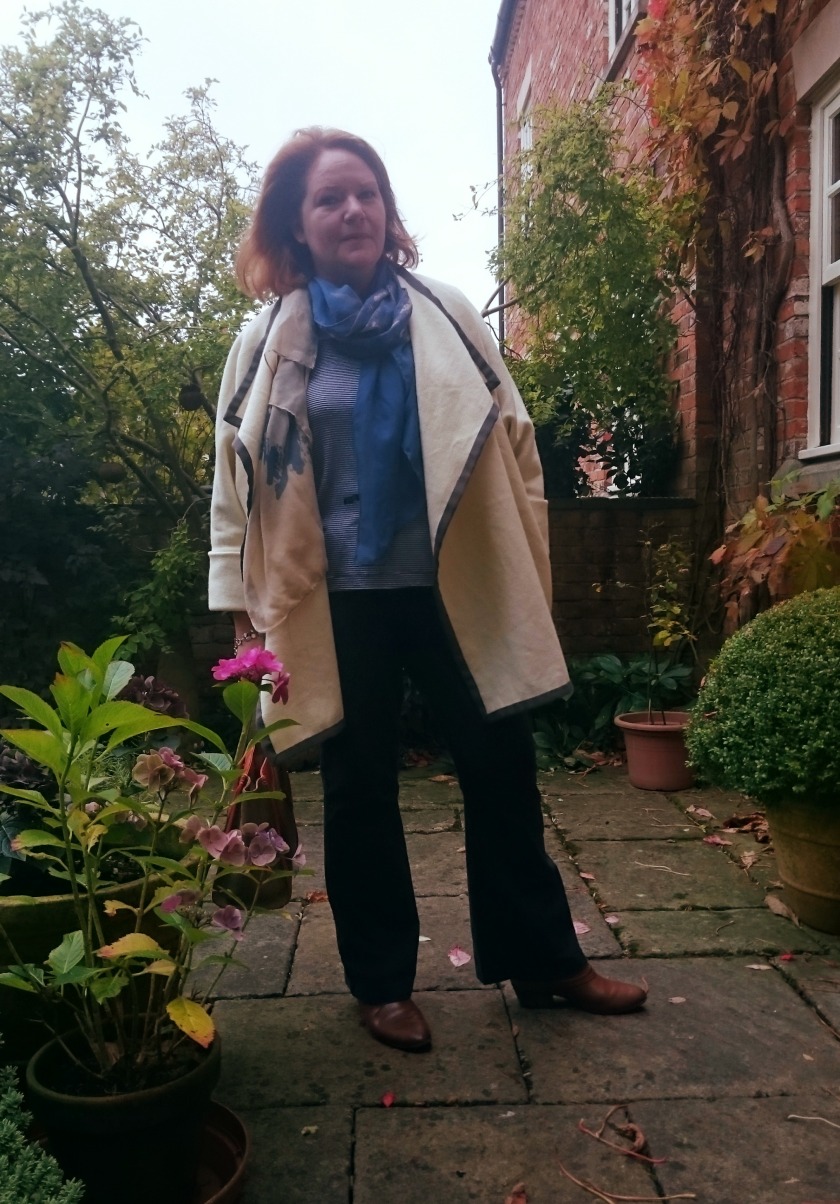 I stil wasn’t sure whether or not it was “me”.  Wrapped over and tied up I felt like a bag of potatoes.  There was too much cream, too much bulk.  I’d made the 44, but wonder if, with the size of everything, that a smaller size wouldn’t have been better.  Possibly it just doesn’t suit my body shape.  Those big flappy “lapels” all in white over my front just seem to enlarge everything from where I look – down.

After making it in plenty of time for the cold winter the coat languished in my wardrobe.  It was never cold enough to wear!  Until last week, finally proper winter temperatures, frost on the ground and the car.  Cold enough for a heavy, warm wrap around coat.  I make sure to wear it with dark coloured clothes and scarf, and never, ever tie it shut!  It looks better draping down and the dark scarf and trousers underneath at least give a hint that there might be a shape under all that bulk!  Saying that, the cream is still the least practical colour I could ever have chosen to buy!  I must remember that although dying fabrics is a great idea, I need to actually be able to do it. 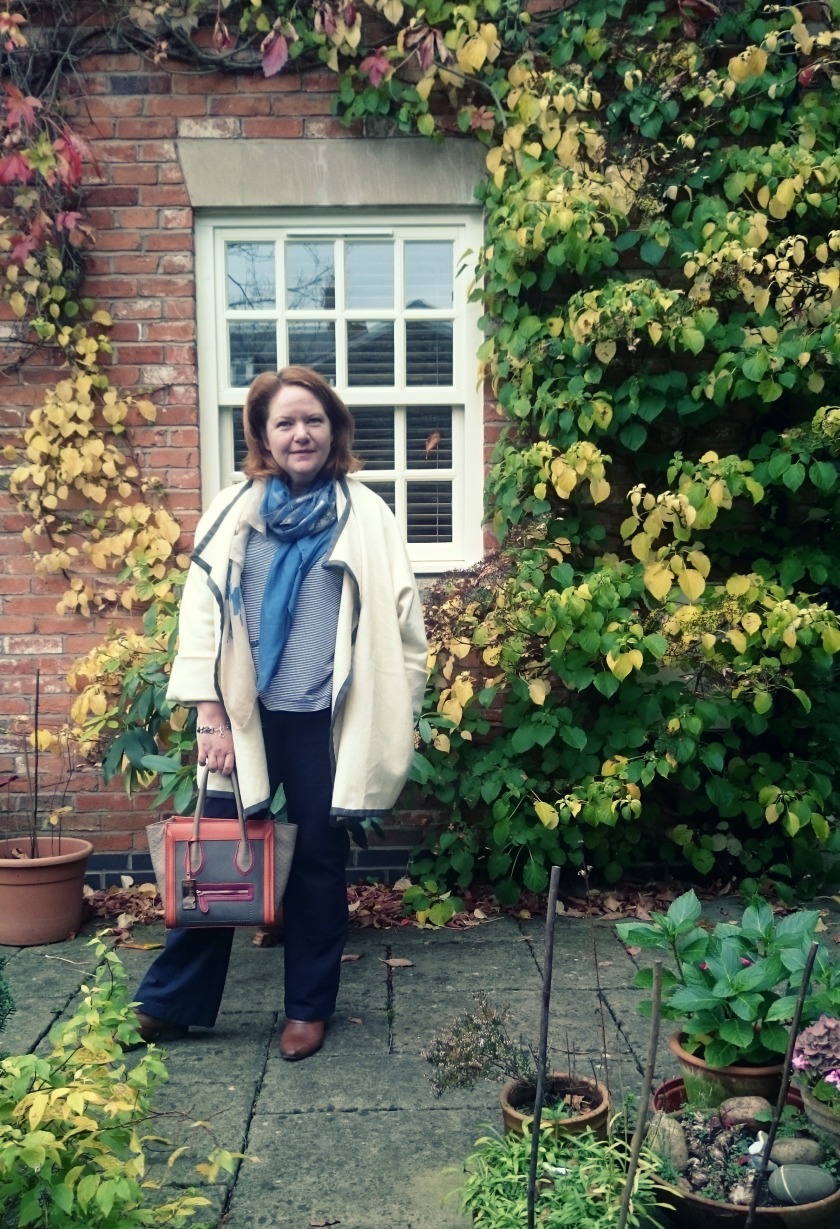 So for now, I wear the coat.  I don’t love it and I don’t think it’s amazing, but it is at least being worn.  You never know, I might cut it up and make something else out of it for next winter!  Or send it to a charity shop, which would be a shame…. 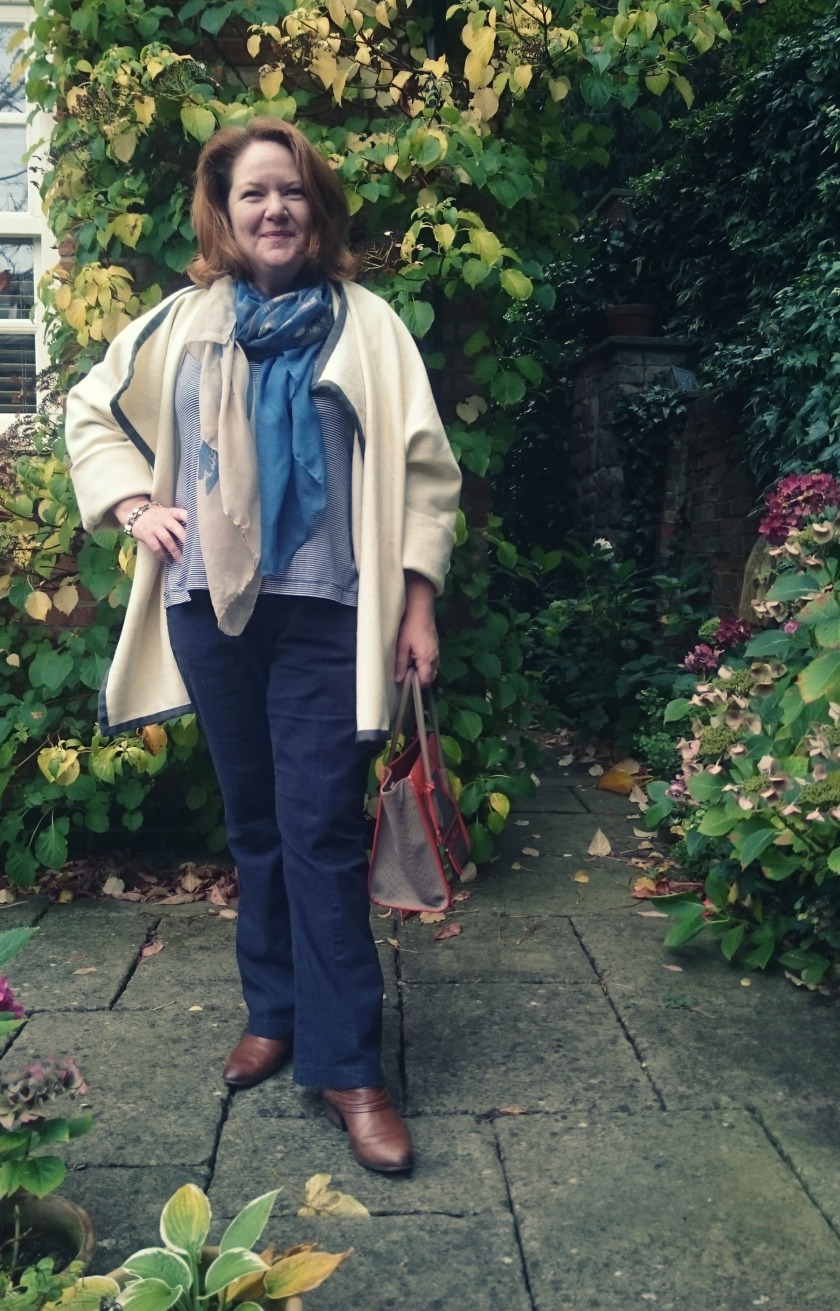 These photos were all taken after I’d finished the coat back in October, thankfully I have no-one to take a pic of the coat belted, seriously, you really wouldn’t want to see it anyway.  I am working on a pair of Birkin Flared Jeans by Baste & Gather at the moment, looking forward to seeing them with this coat! 🙂

20 thoughts on “A Head Full of Dreams”